Shipbreaker is a project made in collaboration with Black Bird Interactive during my studies at the Centre for Digital Media.

At the time, BBI were working on a game ‘Shipbreaker’ and needed a team to help them create the meta part of the game (so everything the player would be doing in between the core gameplay missions). We created a prototype that greatly inspired the making of the of the full game meta.

This page shows the work of me and my team on this project. Although it ended up being a bit too complex for what they needed (to keep focus on the core gameplay), we succeeded at capturing the tone and feel of the game: blue-collar work in a dystopian space colony, with a strong daily routine and no hope for the characters to escape their fate.

The goal of this prototype was to create engaging and relatable characters, that have their own schedules, relationships with others, and motivations. It was completed in 4 months, during the summer of 2017, and presented weekly to the design team at Black Bird. 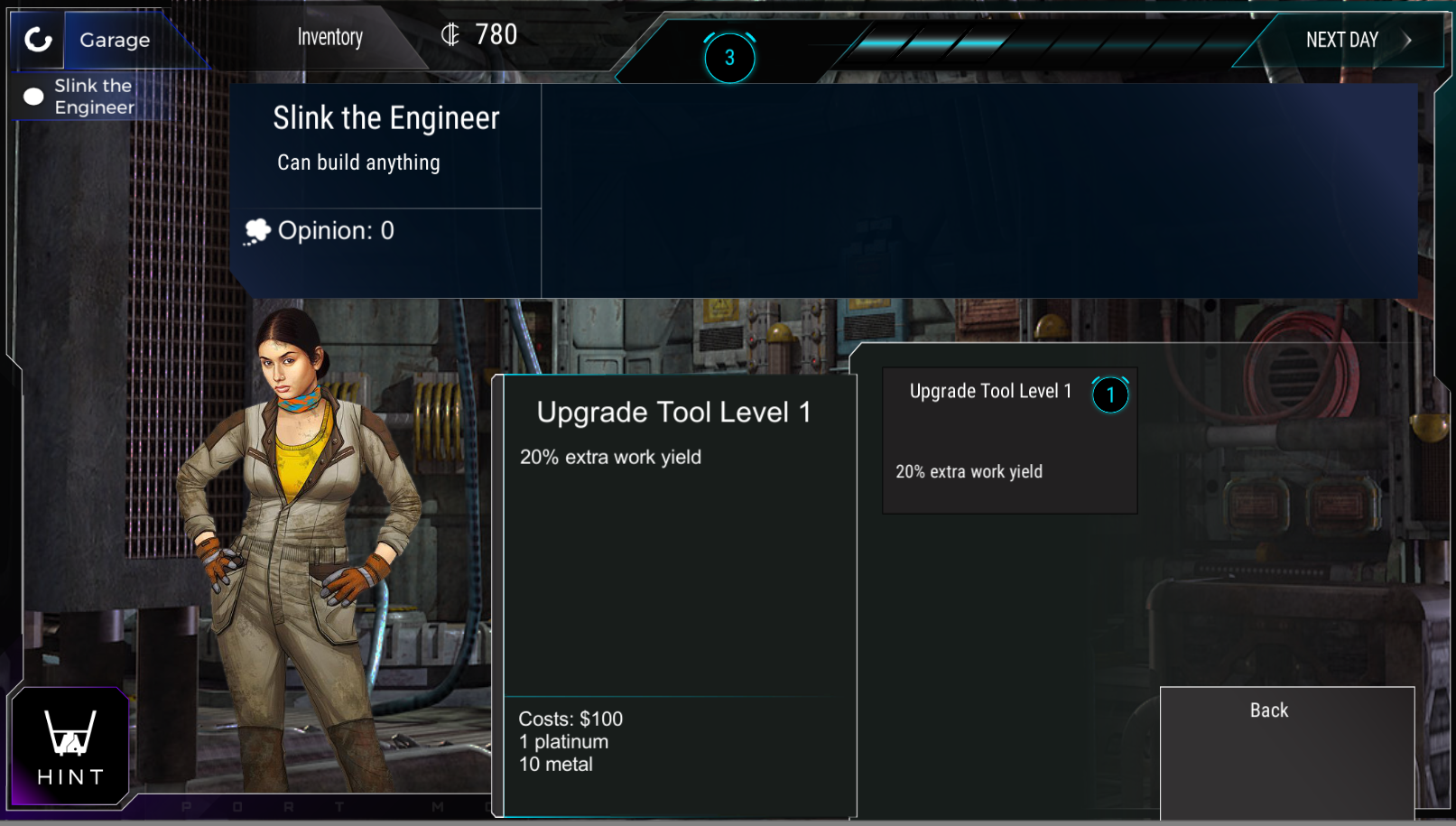 My work on it 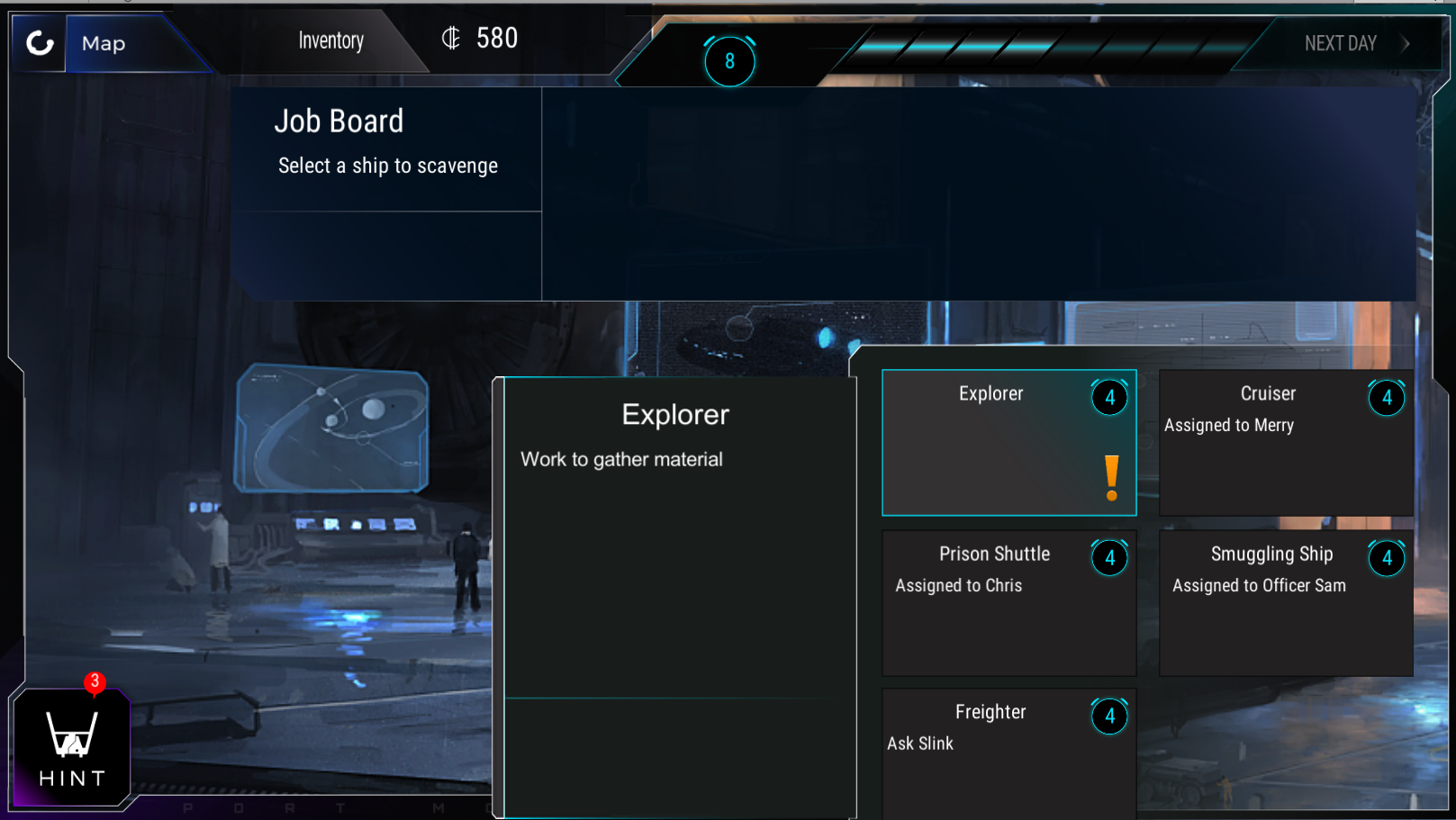 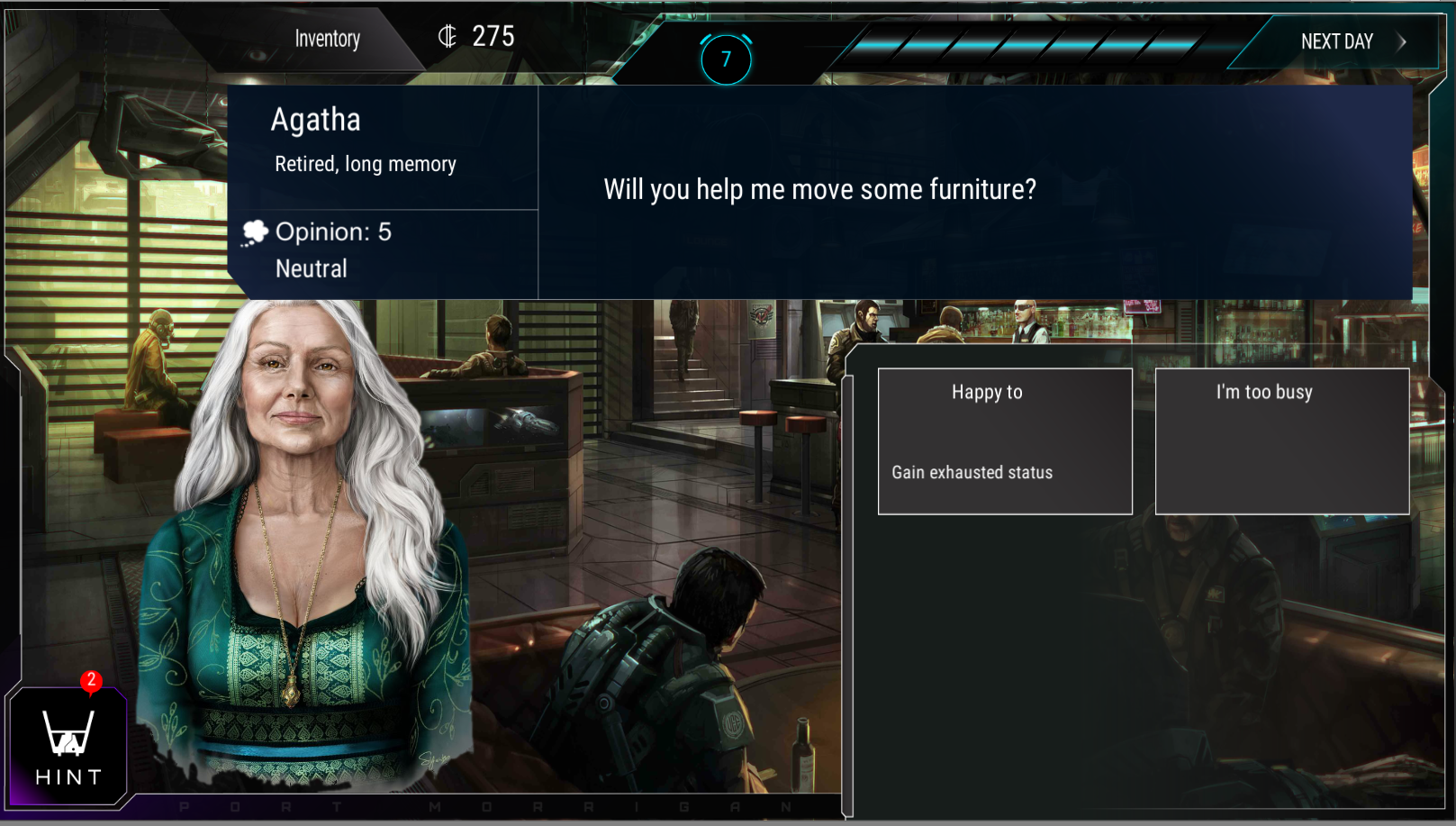 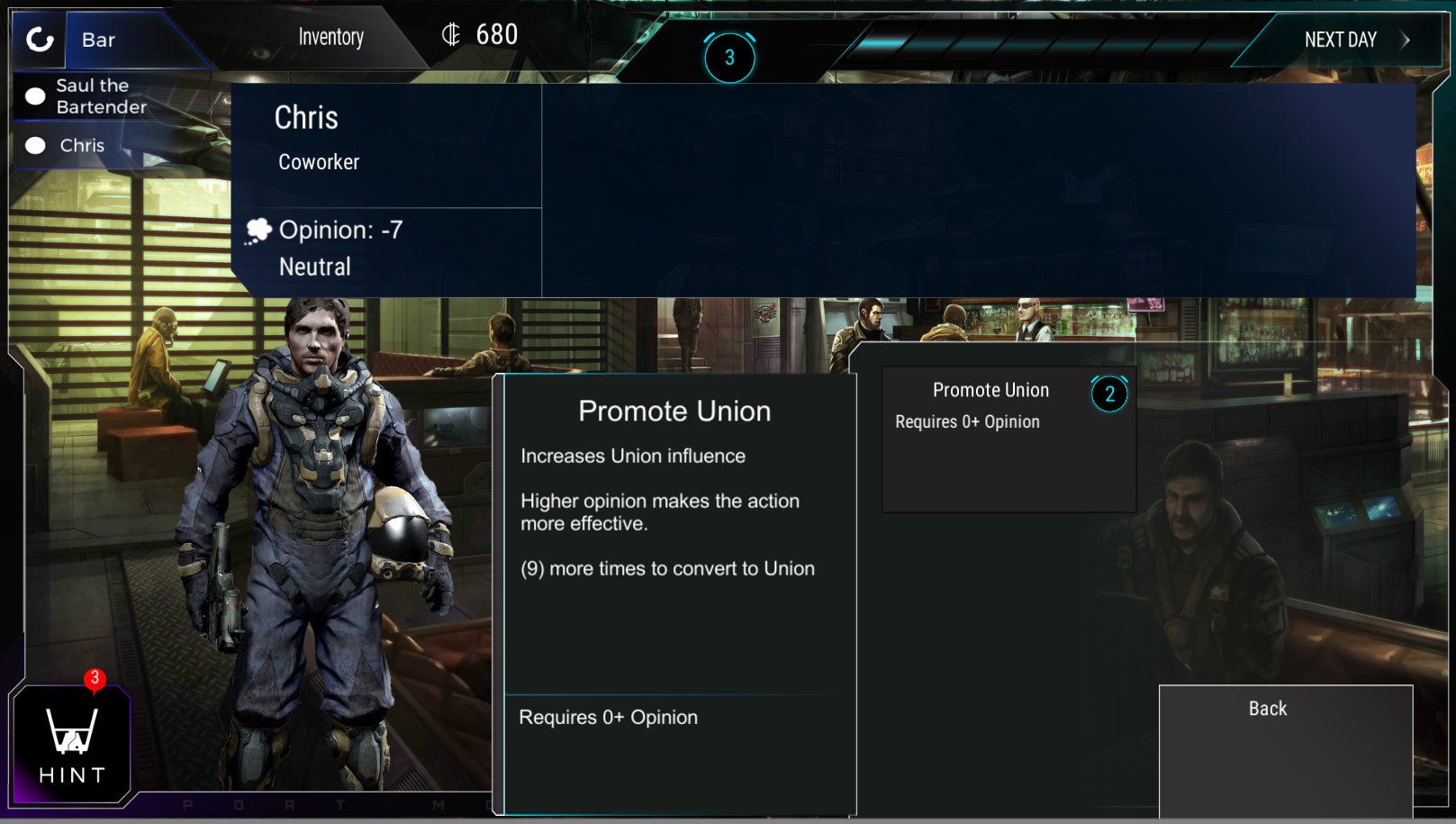 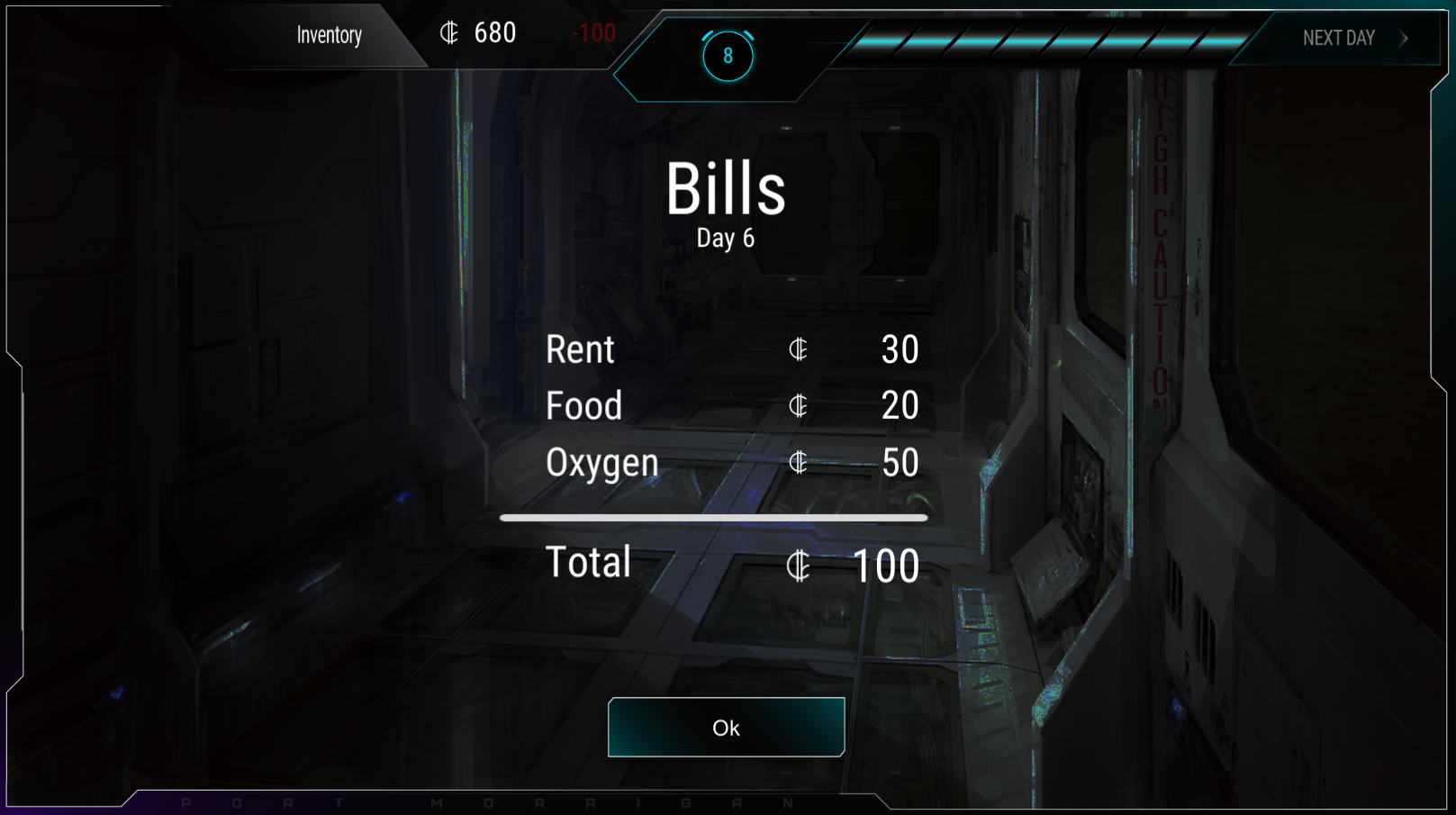 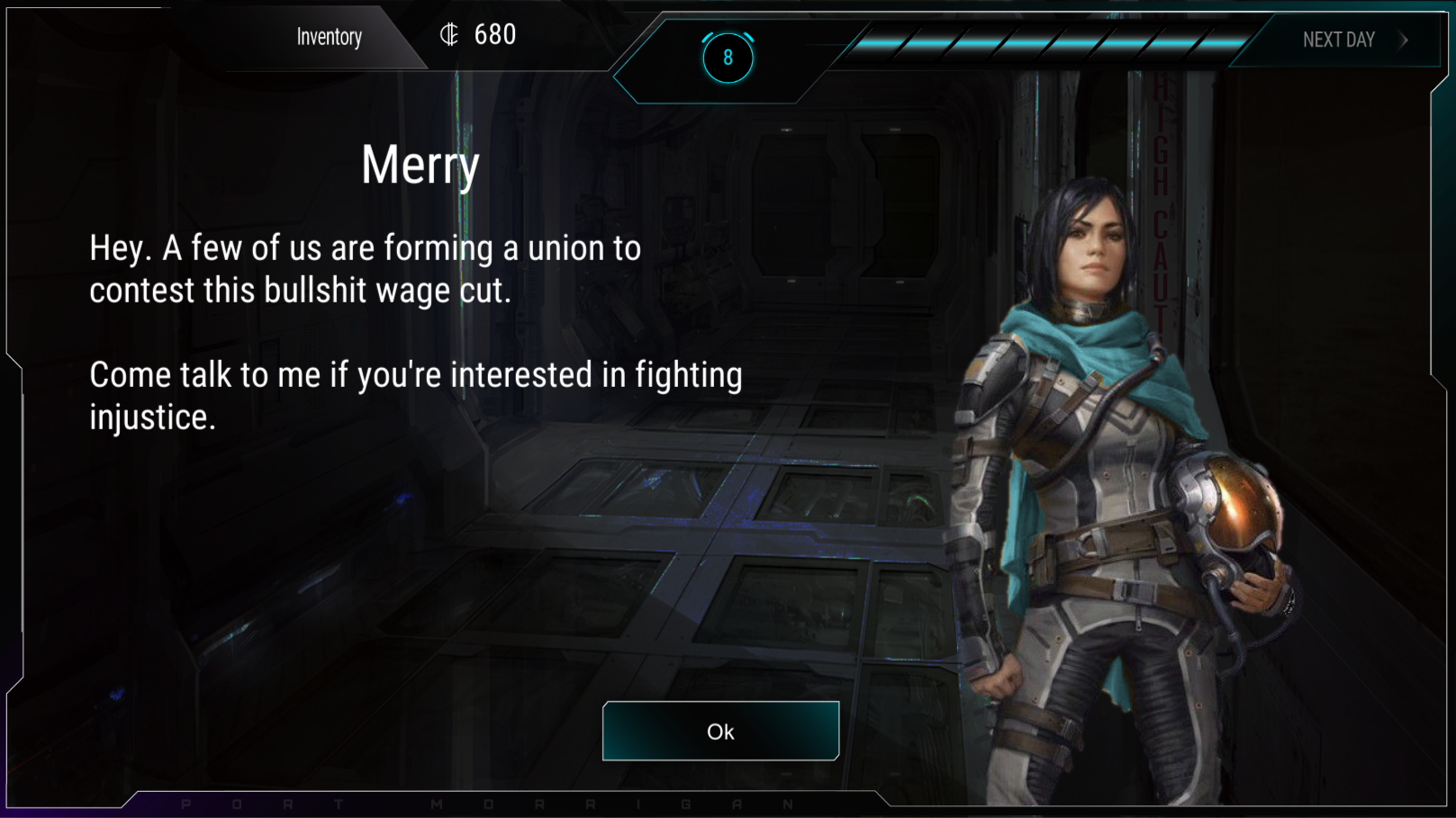